The goal of the EXPERIMEDIA project is to develop and operate a unique facility that offers researchers what they need for large-scale Future Media Internet experiments. Experiments will explore new forms of social interaction and rich media experiences incorporating both online and real-world interaction. They will be conducted at testbeds offering live events and real-world communities to accelerate the adoption of the Future Media Internet technologies, including:

The SSI group will be in charge of the REENACT experiment, aimed at investigating a new approach to improve the understanding of battles and wars that became milestones in human history. In traditional History teaching we are only told about who were the belligerent forces, how long the fights lasted for, and who ended up winning. This way, major historical events are put down as occasional events that just happen, that involve two sides (often appearing as the good and the evil forces) and that apparently end fortuitously, as by tossing a coin. Nothing is that simple in reality, and so the common pedagogical approach neglects many facts about the reasons for the battles, alliances and supporters, why things went on the way they did, what were the winning or losing choices, what were the consequences in the short, medium and long terms, etc. As a result, the general awareness of History is rather partial and deficient.

The REENACT proposal is to engage groups of people who visit the FHW into an immersive collective experience that will make them learn about a certain battle or war both from the inside, as reenactors, and from the outside, as historians. This will be done by taking advantage of the technological features provided by the EXPERIMEDIA facility, and of the spaces, equipment, personnel and contents available to the Foundation of the Hellenic World (FHW), a non-profit, private organisation that has established a solid reputation for its work in developing historical understanding through the exploration of state of the art technology. The experiment will rely on technologies for augmented reality, pervasive computing, social networking and multimedia communications, bundled together in tactile mobile devices. 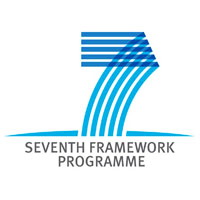